RSVP by email (contact@nightingalesociety.com) if you are intending to come 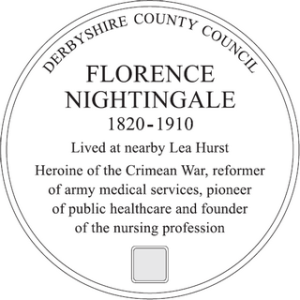 From the Nursing Standard:

A children’s programme about Florence Nightingale has been withdrawn after it was found to have depicted the nursing heroine as racist.

The BBC Trust partially upheld a complaint by members of the Nightingale Society about an episode of sketch show Horrible Histories on CBBC.

The programme showed Miss Nightingale rejecting four applications from Jamaican-born nurse Mary Seacole to join the nursing corps, telling her it was ‘only for British girls’. However, the trust rejected another part of the complaint that a scene in which both nurses are seen jostling to get through a door at the same time indicated racism.

‘I am pleased that the BBC trustees have put an end to the travesty of portraying Florence Nightingale as a racist,’ said Nightingale Society member Lynn McDonald. ‘It was embarrassing to have to argue that she was not a racist.’

A BBC spokesperson said: ‘We note and accept the findings. The intention of this Horrible Histories sketch was never to undermine the reputation of such an important historical figure as Florence Nightingale, but to open up a discussion about the attitudes of the time.’